Archive and Library of the Roffredo Caetani Foundation

In its historic buildings at Tor Tre Ponti, on the Via Appia, the Roffredo Caetani Foundation keeps the Caetani family’s archive, and its library. The buildings also incorporate the Foundation’s administrative headquarters.

Tor Tre Ponti is home to the archive and the library of the Roffredo Caetani Foundation with Caetani family documents dating back to the early 20th century.

The name Tre Ponti/Tripontium is ancient, and serves as a reminder of an old coaching inn, the seventh along the Appian Way as one travels south from Rome. In more recent times it served the public postal service of Tripontium (three bridges), so named because of a three-span bridge which once stood on the site. The bridge was built as part of reconstruction works along this stretch of the Appian Way undertaken in circa AD 97 by the little-known Emperor Nerva. These were concluded by his successor the Emperor Trajan, as can be verified by the milestone visible in front of the present church of S. Paolo in the village of Tor Tre Ponti.

Tor Tre Ponti is referred to in Medieval records and in historic maps relating to the reclamation of the Pontine marshes. These also reveal the presence of a fortified tower overlooking the ancient road, built to control and protect not only the thoroughfare itself but also a municipal mill, and the lands and the fishery of the monastery of Santa Maria Tre Ponti.

In 1777, Pope Pius VI Braschi (1775–1799) attempted unsuccessfully to drain the Pontine marshes. The buildings that related to the postal service and the restaurant, active since 1784, were completed after 1790. Among them were the living quarters of the engineers working on the reclamation, and of the local light cavalry detachment. There was also a stable and a chapel. The Church of S. Paolo and the convent were built between 1790 and 1796.

An inscription on the portico of the Church recalls that the entire complex was built by Pope Pius VI to commemorate St. Paul’s journey along the Appian Way.

From the end of the 18th century, the buildings deteriorated and for a time, during the Napoleonic wars, the French army was garrisoned in the church, the convent and other buildings. In 1831 Pope Gregory XVI restored the church. In 1934, further restoration took place. To mark this, Gelasio Caetani donated an altar, dating from 1572, which until then had been located in the Church of Sant’Antonio in nearby Cisterna di Latina.

On 23 November 2012, following restoration works,
the 18th-century complex of Tor Tre Ponti
was opened to the public

Restoration of the building

Restoration of the Tor Tre Ponti building began in 2011 with resources provided by the Roffredo Caetani and Camillo Caetani foundations, and by the Lazio Region. With approval of the Historic Monuments’ authority of the Region, some of the original architectural features were removed and old rooms restored – in particular, the great hall, now used for meetings and conferences. The wide passageways were reopened and some of the old and defunct machinery was removed, while on the outside the roof was repaired, the façade cleaned and various original architectural details ​​brought back to life.

The restoration of this initial section of the complex marks a first step in the Roffredo Caetani Foundation’s goal of becoming a cultural centre, working alongside local entities and other cultural organizations. This will be at the service of the community, in particular of Latina.

It is no coincidence that this initiative falls within just 80 years of the birth of Latina, then called Littoria, and the Pontine territory which came into existence with the draining of the marshes at the beginning of the 20th century. The location of Tor Tre Ponti facilitates cultural exchange between the Pontine plain and the adjacent Lepini Mointains.

A collection of paintings by Lelia Caetani, who founded the Foundation named after her father Roffredo, is on permanent display at Tor Tre Ponti. The works depict Ninfa, the Pontine countryside and the mountain villages.

Tor Tre Ponti is a legacy available to the community, to enable it to grow culturally according to the vision of the Foundation. 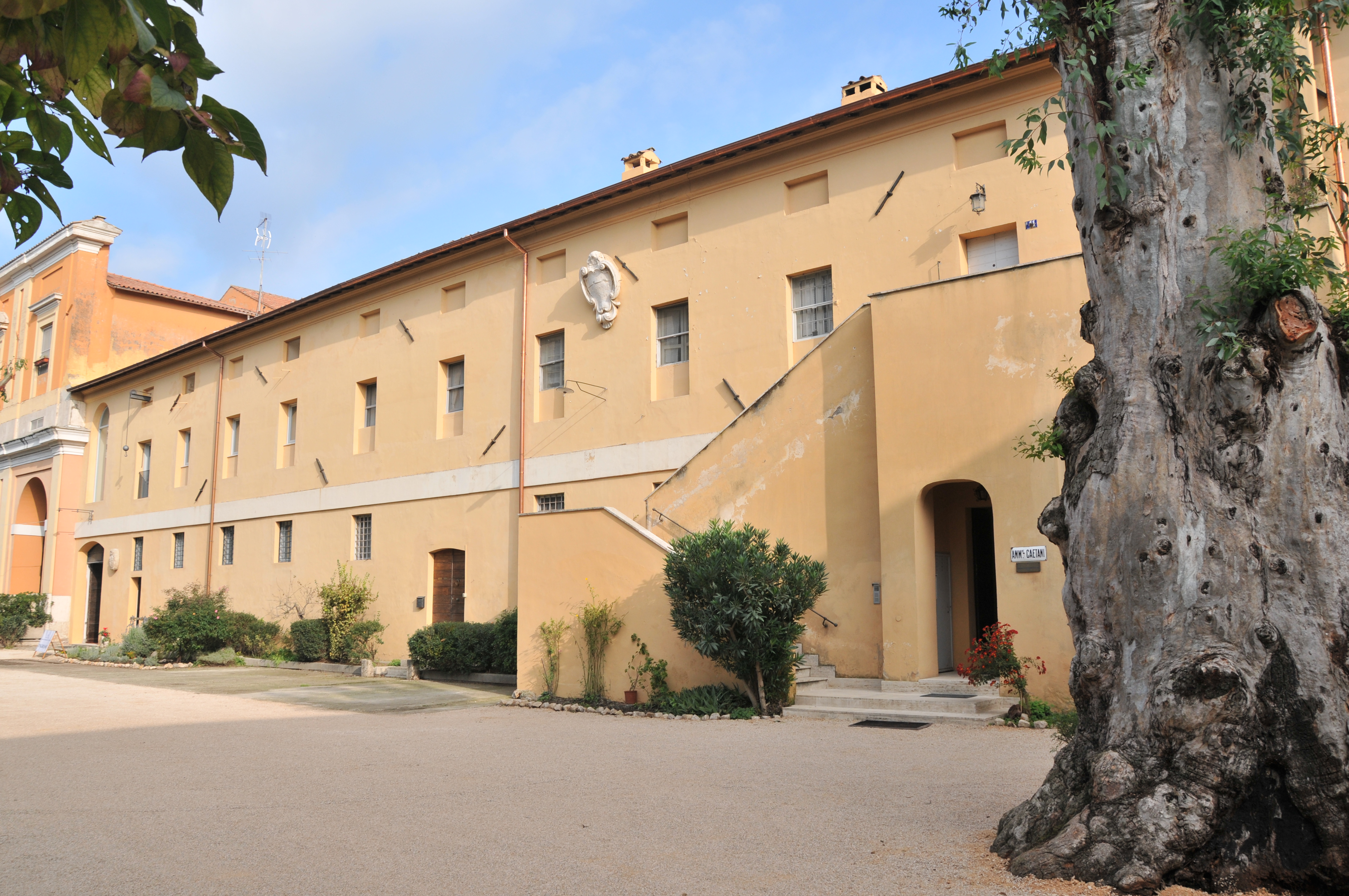